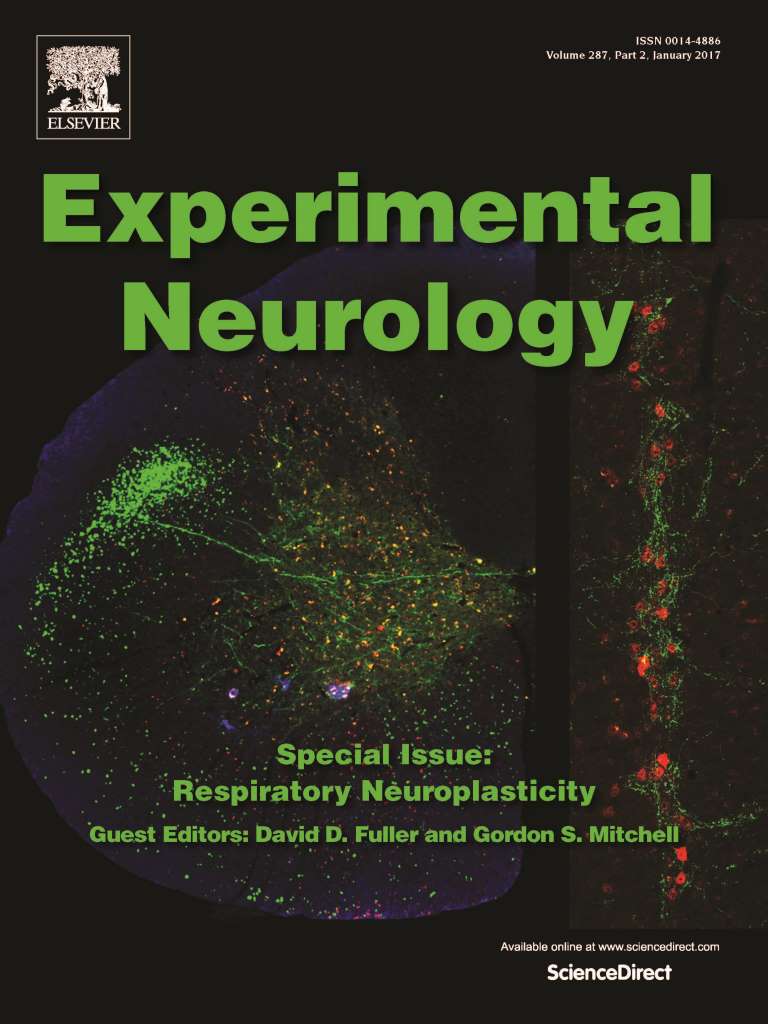 Drs. Fuller and Mitchell were recently invited to serve as guest editors for an issue of Experimental Neurology. The special issue focuses on an  important topic in  rehabilitation – neuroplasticity.   Specifically, this issue examined neuroplasticity in the respiratory system.   Respiratory failure is the major cause of death in clinical disorders associated with neurodegeneration and/or paralysis. The importance of understanding and optimizing cellular, synaptic and network mechanisms of respiratory neuroplasticity that preserve breathing despite mounting injury or disease cannot be understated. Since respiratory neuroplasticity can be induced for therapeutic benefit, it also has profound implications for neurorehabilitation in disorders ranging from spinal cord injury to ALS to sleep apnea.  A link to an overview written by Drs. Fuller and Mitchell is provided here:  https://www.ncbi.nlm.nih.gov/pubmed/27208699

The cover of the special issue illustrates data collected by Rehabilitation Science PhD student Jay Nair.  The cover images were chosen to illustrate the beauty and complexity of the phrenic motor nucleus and its innervation.   The image on the left is a transverse section of the C4 spinal cord.  The phrenic motor nucleus was retrogradely labeled using an intrapleural injection of cholera toxin β fragment; phrenic motoneurons in the ventral horn are the blue labeled cells.  In addition, an adeno-associated virus serotype 9 (AAV9) vector encoding green fluorescent protein was delivered to the ventral respiratory column (VRC) of the ipsilateral medulla; an AAV9 vector encoding mCherry was delivered to the contralateral VRC. Note the cluster of green axons in the dorsolateral funiculus, and the sparse green axons dispersed throughout the remaining white matter. Red axons originate from the contralateral medulla.  Lastly, a commissural projection can be clearly seen coursing from the dorsolateral funiculus to the contralateral spinal cord.  The image on the right is a coronal section of the C4 spinal cord. Cholera toxin β labeled phrenic motoneurons are red.  An AAV9-GFP vector delivered to the ipsilateral VRC reveal the rich bulbospinal innervation of the phrenic motor nucleus.